You are here: Home › Misc › NetApp › Netapp: The reports of my death are greatly exaggerated

Netapp: The reports of my death are greatly exaggerated

The reports of my death are greatly exaggerated — Mark Twain 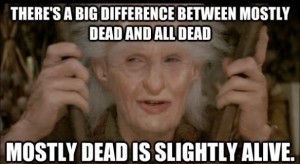 Now, we have all seen the blog posts, the Register article, the StorageMojo articles, the anti-NetApp’ers on Twitter. Calling NetApp a one-trick pony or that they have not innovated or they are almost dead.

When you look at NetApp’s Data Fabric vision, the NaySayers couldn’t be more wrong! 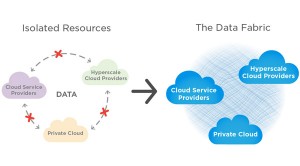 I’ll admit, NetApp has a huge problem. It is a marketing and PR problem, not a Technology problem.

In the last few years, yes, there were some bumps in the road.

All the other big named IT leaders made these same mistakes! (vSphere/vRealize anyone?  vCloud insanely overpriced.  Etc)

What do these have in common? NetApp got away from their CORE!

NetApp has created one of the best storage operating systems that has been on the market the last 2 decades. Every version has been full of new, incredible features.

NetApp did right in SLOWLY redesigning Spinnaker into OnTap. Not forcing it on the public until the last possible moment.  Yep, there was a hiccup, but they got over it. 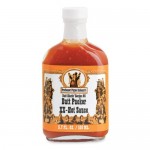 Netapp has what is & will be next cloud storage revolution! NetApp Data Fabric!

Ok, I just made the anti-NetApp bloggers butt pucker, and turned their rage mode on. I understand that. Hear me out!

Let’s take a step back to 2014, and the story of a cloud based company called CodeSpaces:

CodeSpaces was a SVN/CVS/GIT repository much like GitHub, where people could create public and private code repositories. They totally bought into the Cloud concept. They had compute in Amazon EC2. They used Amazon Elastic Block Store. They saved data in Amazon S3. They even backed up into Amazon Glacier. Seeing a trend here? They didn’t have their own data. Every aspect of their environment was saved in Amazon. 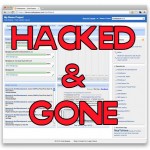 One small mistake, someone getting ahold of their AWS Secret Key, allowed hackers to delete every bit of data in the CodeSpaces AWS cloud, while under the guise of a DDoS.  Systematically Glacier backups were purged and expired.  S3 objects were deleted and/or replaced.  EC2 EBS luns were deleted.

Code spaces controlled/owned NONE of the data.  They had NO non-Amazon copies of it.   Overnight, they were out of business.  Done.  A multi-million dollar startup, fizzled to the ethereal.  Gone as quick as you can setup a system in the Cloud.

Why am I bringing this up?  Because.  If they had NetApp Cloud ONTAP, or NetApp Private Storage (NPS), they would exist today.

NetApp Cloud ONTAP is a VM version of ONTAP which can run in Amazon EC2 or Azure backing to each vendors version of SSD or performance storage. 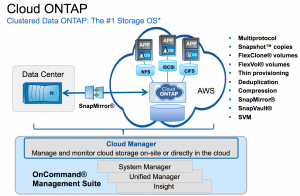 NetApp Private Storage (NPS) is actually a Netapp that you own, but runs in an Equinix or CoreSite datacenter in your cage, which as 1gb or 10gb connectivity to Amazon, Azure or Softlayer!  Imagine that, you CAN own your data in the cloud!!!  Call it “Cloud Converged” Ok, don’t 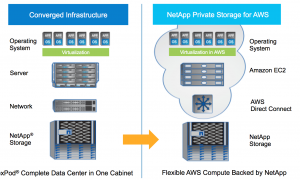 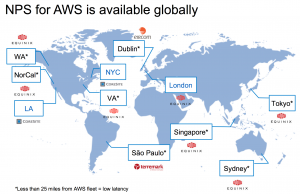 And before you respond, “Grumble grumble grumble, Well well Amazon has many sites under one region!!” Yes, but it is still under the roof of one control panel, one api call, which allows it all to go away in the blink of an eye!  It’s essentially the same as storing backup tapes right next to prod.

Sure, hackers may delete the VM in the cloud, but you would have a local or secondary copy.  SnapRestore could have the data back in seconds!!!

Think about it!  Even if hackers deleted your Amazon VM of Cloud Ontap, you would have it complete, intact, elsewhere!  Different Cloud vendor protections.  You could even go as far as SnapLock‘ing it on your remote NetApp, to guarantee that the file data you save to your NetApp can NOT be deleted until the SnapLock time period expires.  (This is a feature typically used for enterprise compliance.) 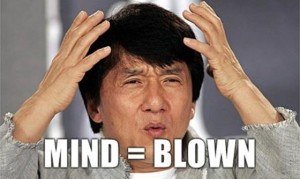 While other storage vendors have been giving away socks to cover your feet, Netapp has been planning to cover your ass and protect your data in the cloud!

Using all the amazing features OnTap has been known for!  Who would you rather have in your corner?

Tie into this the fact that they also have OnCommand SHIFT to convert your Virtual Machine Image formats from VMware VMDK to VHD, they can even be your best friend on local datacenter to Azure and back workflows.

NetApp has also had some great acquisitions recently.  Riverbed had a product called WhiteWater/Steelstore.  Netapp bought this product from Riverbed, doubled the engineering team, super charged the controller in it, and rebranded it as NetApp AltaVault.  You can read my blog post about it here!

NetApp AltaVault – Speeding up, Cutting costs, and Cloudify your backups

For companies that want to do baby steps into “the Cloud” by pushing their backups there, this is a way to do it, and save lots of money in the process.

Now, all this about using someone elses cloud is fine and dandy.

What if… and it’s a big what if… you want to BE YOUR OWN CLOUD?  You mean, you too could have all the yumminess of the Amazon S3 APIs, and use all the Amazon S3 compatible applications in your own environment?  HAH! 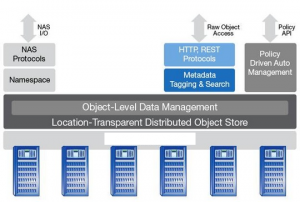 Yes, with NetApp StorageGrid WebScale, you can.  Imagine petabytes of object storage. Tiered.  Any block storage or tape, sitting behind it.  All with an Amazon S3 or SNIA CDMI-compliant frontend API! (NAS Gateway will also be making a comeback!)

All of these are just a small taste of everything NetApp has been doing. I could go on and on. 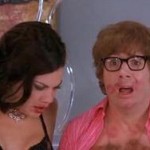 Someone on the internet called NetApp a one trick pony, and non-innovator, while in the same post touting that they liked non-scaling, non-cloud enhanced block based SAN.   To me, I think those bloggers have LOST their MOJO, and were simply grandstanding for some ad revenue.

Personally, I think 2016 and onward will truly be the start of the NetApp Data Fabric, and a true Storage Cloud solution!

View all posts by jk-47 →
← Convert Netapp body.7z to old style ASUP for ConfigAdvisor offline
Seeing all your alerts? Netapp Event Management System and You. →
Logging In...