Often before conferences, I make a post for first timers.  I’ve been to Vegas dozens and dozens (81) of times . This will be my 5th or 6th BSides, and I lost count how many  DEFCONs.  If You have any questions, send me a tweet!  @JK47TheWeapon

These are just my experiences and recommendations.

Do your own thing! Make the conference about what YOU want it to be about!

I’ll be adding to this often as my brain remembers stuff.

Countdown to BSidesLV 2018 (and Defcon a few days later)

Be open to anything…

All these happened because I focused more on meeting new people, and less on going to the talks!

As in recent years, BSidesLV is going to be at the Tuscany.

Food: (The best are off the strip)
* Mint Indian Bistro, 730 E Flamingo http://mintbistro.com/ (Try their Kabuli naan) –  Taxi/car
* Lotus of Siam, 953 E Sahara http://www.saipinchutima.com/  Thai – Taxi/car
* Oyster Bar in Harrahs (Awesome Pasta with Scallops, and oyster shooters. Try the bloody mary shooter) Monorail or walk from Paris/Ballys
* The crepes restaurant at Paris in the walkway between the 2 hotels is awesome
* Hash House a Gogo (The Linq, a few hotels away) large portions. Good food.
* Yong Kang Street is Dim sum and dumplings from 10am-3am. (In Ballys I think)

To do:
* Pinball Museum http://www.pinballmuseum.org/ Taxi/car from Conference — This place is awesome! Hundreds of working Pinball machines!
* Brand New:  eSports Arena at Luxor  – Taxi/car
* Atomic Testing Museum http://www.nationalatomictestingmuseum.org/ Taxi/car from Conference –  Across the Street from Mint
* Dueling Pianos at Harrahs Monorail – 9pm almost every night. Best when the Twins are there playing  (They have karaoke 7-9pm in the same bar)
* Mob Museum http://themobmuseum.org/   Taxi/car
* Stratosphere Thrill Rides on top of the tower  https://www.stratospherehotel.com/ThrillRides  Taxi/car
* Kayak the Colorado River – Awesome side trip with lots of big horn sheep and other wildlife to see!  http://www.kayaklasvegas.com/kayak_half_river/  Car
* The Haunted Museum – Lots of weird crap from mostly dead people –  https://thehauntedmuseum.com/  Taxi/Car

Best shows:
* Absinthe http://www.absinthevegas.com/ (very very very crude humor) At Caesars in the tent out front.
* Ka http://www.cirquedusoleil.com/en/shows/KA/default.aspx At MGM
* Avoid anything Cris Angel like the plague!
* Goto the Tix4Tonight Booths and look at whats playing.  Discounted tickets yo!
* Go watch the free animatronic show at the Forum Shops at Caesars.  It sucks but there is a Fat Tuesdays next to it so get some frozen drinks and get drunk!

* Nearly all Vegas workers income is based on TIPS!  Tip well! Tip often!  Karma will thank you!  If Karma doesn’t thank you, the bartender/taxi driver/housekeeper/roomservice/wait staff will!

* Ubers have special areas to wait at almost all hotels and the airport.  Do not try to pick up your Uber at the Taxi area!!!
* Don’t Get tunneled by a taxi driver from the Airport (it’s illegal because it ads 15$ to the bill) They have to ask if you want to take the tunnel. To Tuscany/Caesars say no.  Taxi should be ~$25 to Tuscany/Caesars depending on traffic. This doesn’t include tip!  Taxi drivers only money they make is tips!  Tip them!  Or just get an Uber.
* You can take a $8oneway/$15 round trip shuttle from the airport, takes a bit longer.  But cheaper.
* To go way up and down the strip:  LV Monorail:  http://www.lvmonorail.com/   you can pre-buy your tickets or just get them there per ride or per 24h. ( Id recommend a $29 3day pass for defcon time if you come ) It doesnt run 24×7 though!  Have cab money if you will be out drinking past 2am Thursday, or 3am Fri-Sat.  It does not run from the airport.
* Nosh in Ballys food court is 24×7
* Best buffet:  Wynn (most expensive), Paris Hotel’s is good as well.
* For those from the UK, where all cars are about the size of a toaster, you can drive some race cars at the Speedway.  http://www.drivepetty.com/race-tracks/las-vegas-motor-speedway
* My favorite Casino game is Sigma Derby, only at MGM!  Take the monorail to it: http://www.youtube.com/watch?v=wJytmnjYovg

And finally.. should you ask that question?   (I have no idea who to attribute this image to. So, sorry if it was you.) 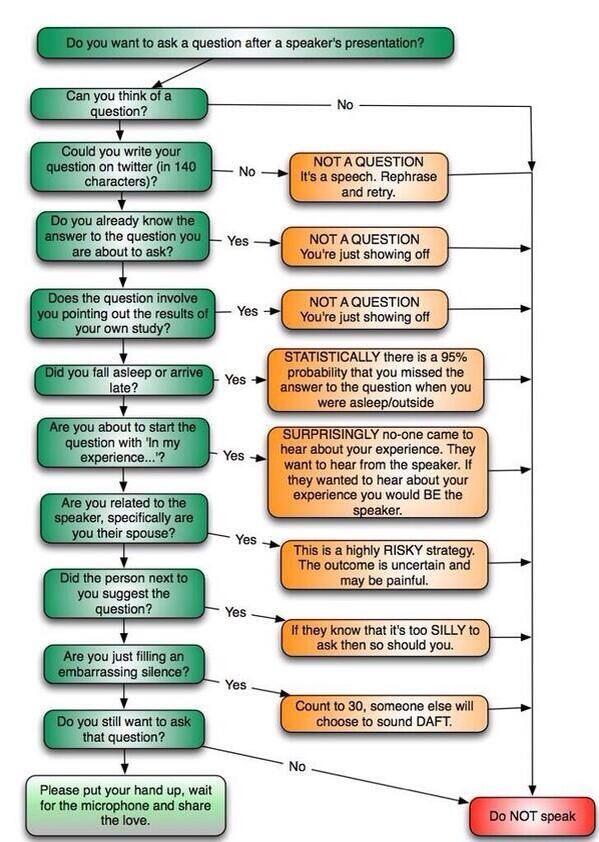