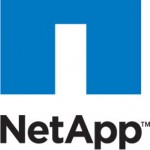 I am pretty active on LinkedIn with the NetApp groups there, and newbie NetApp admins are asking quite often lately about the NCDA exam.

To customers and partners, Netapp offers a simulator, which is essentially a FreeBSD VM with a majority of their code running on it, in a very reduced functionality manner since it is just supposed to run basic commands, and is lacking a real nvram.

This simulator will be your main tool in preparing for the NCDA.  If you have a login to NetApps support site, you can download it from here:

I would recommend setting up 2 simulators, so you can test all the fun stuff like SnapMirror, SnapVault, ndmpcopy, and crap like that.  I have some links below on how to make changes to the sim to add new virtual disk shelves, and also change a sim to be a second one and not collide with the first due to identical serial numbers.

Not everything on the NCDA exam can be learned in the lab.  Much of it is absolutely pointless questioning.  If you read the OnTap docs, and do everything in my recommended lab tasks below, you should do pretty well on the exam.

Here are some helpful things to try out on the simulator. Every netapp admin should know them.

* Setup 2 simulators. You will need to change the system serial in the nvram:

* Id highly recommend using instructions found online to add a second & 3rd virtual tray of disks to your simulators (pushes it up to about 56gb usable).

* Manually assign disk ownership to your simulator from the disks you added.

* Try to an aggregate on the CLI from 32-bit to 64bit. What happens? Can you? (Note: in the future, netapp will no longer support manual conversion of 32 to 64bit aggrs. The unit will only do it by itself when 16TB or more of new disks are added. Between 8.0, 8.1, 8.1.1 they changed each version with how they handle this migration)

* Before you do any real work on your simulator, and try to “split the plex” of the new aggregate you created, and then join it back together. What happens to your data?

* If you can find it, get a trial/demo copy of OnTap Edge (the real production usable virtual machine for VSA, and connect it up to a real netapp)

* Create name mappings for Hybrid security styles. go from both nt acls/sid -> unix for a unix nfs primary share, and then a unix sid/gid -> nt acl for an ntfs.

* Create a volume, then create a few levels directories and qtrees within it. Then export out multiple shares to NFS at different directory levels

* Setup semi-sync snapmirror relationships between the 2. Try all the options such as outstanding and visibility_interval

* Use the reallocate command

* Use snaprestore in various fashions. lun, volume, single file. Use it against an nfs mount with a linux box connected to the mount. What happens?

* Try to resize a volume when it has a snapmirror on it. What happens? What do you have to do to actually get the volume resized on both the source and destination?

* Change the schedule for the snapvault from the CLI.

* Create snaps on both sides for snapvault

* Delete data on primary. Run the snapvault restore command to recover. What happens?

* Set a throttle on your snapmirror and snapvault

* From the cli with sshing in, create luns manually and with the wizard. setup lun reservations.

* Take a packet capture from the cli, and then open it in wireshark.

* Make a lun manually for these operating systems: VMware, windows, windows 2008, linux, solaris. Make igroups for each of these OSes pointing to a fake IQN. Delete them after.

* Gather performance metrics from your sim with stats, sysstat, ifstat, netstat with multiple options and flags.

* Using the priv set command to change between normal rights, diag, and advanced. Rerun the performance command in each, whats the difference in output?

* Figure out how to use stats to get the output of this specific counter to make sure you know how to get counter data: system:system:cpu_busy

* Use ndmpcopy to send a file both from one volume to another, and also to another simulator.