Thoughts on Certifications (aka I passed my CCNP DataCenter)

I didn’t make a large hoopla when I passed my CCNP Datacenter and CCNA Datacenter last week.  I’ve always wanted to be Cisco certified.  Though, I always felt anything but CCIE was sort of bunk. (still do, though I have met MANY incapable CCIE)  I’m no smarter today.  I’m no better of an engineer today.  The only thing I know better today, is where a few documents are.  I’ve been using the Nexus product line since the 5010’s first came out a few years ago.  I play with 5548s in customer environments from time to time, same with 6248 FIs.

I don’t think I will ever touch the 7000 series.  Im not a ‘network guy’ for a company that would need to.

I did the 2 design exams first, because I had to take the Designing Unified Fabric exam for a work UCS specialization for our partnerships.  I then did the Implementing exams, and followed it up finally with the CCNA Datacenter exams.  Why?  Well I wanted to get a ton of the “congratz” emails from Cisco all at once.

And now starts the monologuing, be warned… nsfw language: 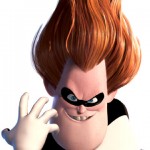 You sly dog! You got me monologuing! I can’t believe it…

I would like to thank those companies who DO NOT require you to sit in a class and pay the $3500-5000 TAX for your certification.  RIVERBED, Microsoft, and others.  Riverbed goes as far as giving you a VERY good in-depth student guide and saying “If you learn this and read/learn our Steelhead deployment guide, you will know all you need to know to use our products, and you will pass the cert”.  Their certs are focused on real life examples and hands on experiences with their products.

Certifications are bullshit because they try to use word trickery on you. “Fred not has not to not plug not in not a not powersupply not to not the not switch not but not not cause not a not spanning not tree not loop not. Does Fred: A: Not eat a sandwich.  B: Not not Eat a Sandwich C: Plug in the cable D: A not power not supply not can not cause an STP loop.”

Certifications are bullshit because they give you a reading list of dozens of books, they now try to sell you VIDEOs of crap, or SELL you learning video games (i.e. Cisco Games Arcade), they give you a syllabus for your learning blueprint which is insanely long.  In the end they ask you 60 questions which probably would have been impossible to find the exact phrase they wanted you to know.

Certifications are bullshit because they implore favoritism of practices which may be closed standards.  Cisco PAGP lost the aggregation war towards LACP.  Cisco hates saying LACP.  They call it Multichassis port channeling or vPC.  Anything to not say LACP.  But they have come to embrace it.  It’s a standard.  In one question may are asking about OSPF another EIGRP.  One question asks which is best, another asks which is best.  In a SAN certification exam you may be asked which is best FC or FCoE or how about iSCSI or how about NFS.   This is not a real test.  They aren’t asking specific environmental cases which one or the other would be best.  They are just advertising.

Seriously, dumbass test makers, in the real world, I have docs on my phone for every major IT product.  I can search them.  I have knowledge bases.  I have IRC to ask help on.  I have a freakin calculator.  You asking me to pull out of my head the binary of 0x123 is stupid.  Yeah, maybe it’s good to make people remember there is binary and some things count on it… but not a SERIES of questions about it.

You know what, I once failed a CCNA exam. Few people know that.  Failing that exam didn’t teach me more about Cisco.  It did not teach me what to study.  It ONLY taught me to NEVER schedule one of the free exams at an IT conference in Vegas, the morning after you know you are going to be going to a HUGE vendor party and will be drinking in excess.  (Damn those drag and drops.  Cops should use those as sobriety checkpoint tests)   I learned to schedule exams the FIRST day of the conference.

I used to teach Oracle certifications for a training partner, and never got Oracle certified.  Why?  I never saw the need to put out the money for a class I didn’t need. $5000 tax to sit in a seat to get the code for software I have been using since I was a teenager, and for a company I practically started my career at. I still don’t have it.

Of all 6 CCNP Datacenter exams, do you want to know which one was hardest?  Which rated highest on the crap meter?  640-911 DCICN Introducing Cisco Data Center Networking

Why you may be asking… almost all the questions were useless crap.   All about bridges, or 10base2.  Crap most newer IT people wouldnt have had a chance to use because it was end desktop BS which has not been using in 15+ years.  I could practically remember the answer to a few of the question simply because it was related to such old technology.  Luckily I started my career long enough ago that I got my hands on it.  Seriously, in the world of datacenter technologies of 2013 and beyond, a datacenter networking newb does NOT need to know about token ring or 10base2 or other stuff they will never touch.

It is sad that Cisco choose to have the most difficult exam be the first, and further sad that the difficulty came not in how well you knew nx-os or about Ciscos modern product, but that it quizzed knowledge which even someone working in the datacenter arena for 2-3 year would have never had any exposure to.  Shame on you Cisco.

I can’t call them out entirely though, they are not the only ones to do this.  When I took my VCP5, it was such a simple exam because it read like an Enterprise+ advertisement.  It was all about Enterprise+ features.  Going so far as to show a feature picture and asking what the feature was.  All the money people spent (~$3500) in the certification class tax, and that’s what they are asking?

Certifications are just resume fodder.  Within the next year, I plan on having a certification which covers EVERY LETTER OF THE ALPHABET.  No other reason than because I want one of my randomized email signatures to have only this: “Jarett ‘JK-47’ ABCDEFGHIJKLMNOPQRSTUVWXYZ”  and the letters will just link to a page of certs.

Exams are my game, they are my toy.  Some play Sudoku, some cross word puzzles, I can “play” an exam.

While writing this, I got emailed by Symantec.

You currently hold an accreditation in STS Symantec NetBackup 7.0 for UNIX that will expire on Jul 7,2013

Please note this is the final expiration warning notice you will receive before your award expires.

Really, my knowledge of NetBackup 7.0 will EXPIRE?  FU.  I have solved more NetBackup issues with my experience on 6.0 and 6.5 than anyone with a fresh 7.5 cert will expire.   This was a VERSION specific certification, yet they time lock the STS portion of the certification.

Pick one or the other. Time locked, or versioned.  Not both.

In 2 years I have received over 50 Certifications, Accreditations, and Specializations.  I had to.  That’s the life of a VAR engineer.  It’s easy for me to memorize product documentation, and that’s about all it takes.  I didn’t have any before.  I couldn’t afford to take them.  I learned from hands on work, reading everything I could find, and coming up with my own labs.  I used what I could.  I spent money on my own switches and routers, on my own SPARC servers.  Not on certs.

I really learn from my handson work.  On my personal lab time.  On my designs and implementations.  I do not learn from arbitrary exam BS.

It’s time to refactor IT certifications, IT education, and end the pay to play mentality of it all.

This leads me to my last part.  Stupid IT people.  There is no excuse.  There is NO limit to what you can learn in this day and age.

Want to learn programming?  Oh ok.  You have FREE .net and visual studios, you have free Eclipse.  Free GCC.  Free Appcelerator Titanium and others.

Want to learn about Unix, Linux, FreeBSD, VMware to run it on.

Want to learn about databases?  Ok Oracle XE, MySql/Percona (ugh), Postgres, Sql Server Express.  We had NONE OF THIS 20 years ago!.

You can do ANYTHING.  Seriously WTF people.   We didn’t have the search engines, we didn’t have all this free shit.   When I started working for Oracle, on day 1 my cube was FILLED WITH BOXES of OraPress books.  I’m not kidding.  Filled.  FILLED. top to bottom, filled with books I had to read.   Every Oracle DB manual, every Oracle internet app manual (OAS at the time), e-Biz apps manuals.  I had to read them all.  No easy searching.

There is no limit on what you can learn or do today besides the limits you put on yourselves!

Want to goto college for IT/MIS?  Don’t.   Get a laptop with ALOT of ram.  Maybe a small disk array and a few servers.  A used Cisco catalyst switch.   Then work through scenarios for a few years.  Dedicate as much time to learning as you would with a degree.  You’ll save yourselves $100k.  You will learn more.  And probably within a few months of starting you’ll be in with a company working and learning more, and within 4 years you will so far outshine the lemmings of college IT classes it would be incredible.

Seriously though, learn scripting and programming.  I want to strangle people who click through their entire lives.  Learn some bash, learn some powershell, learn some python, hell learn from java, I don’t care.  Just learn how to automate common tasks.

View all posts by jk-47 →
← Riverbed Steelhead & Netapp Snapmirror – OMFG Happiness!
Ghost in the machine… I found it! →
Logging In...